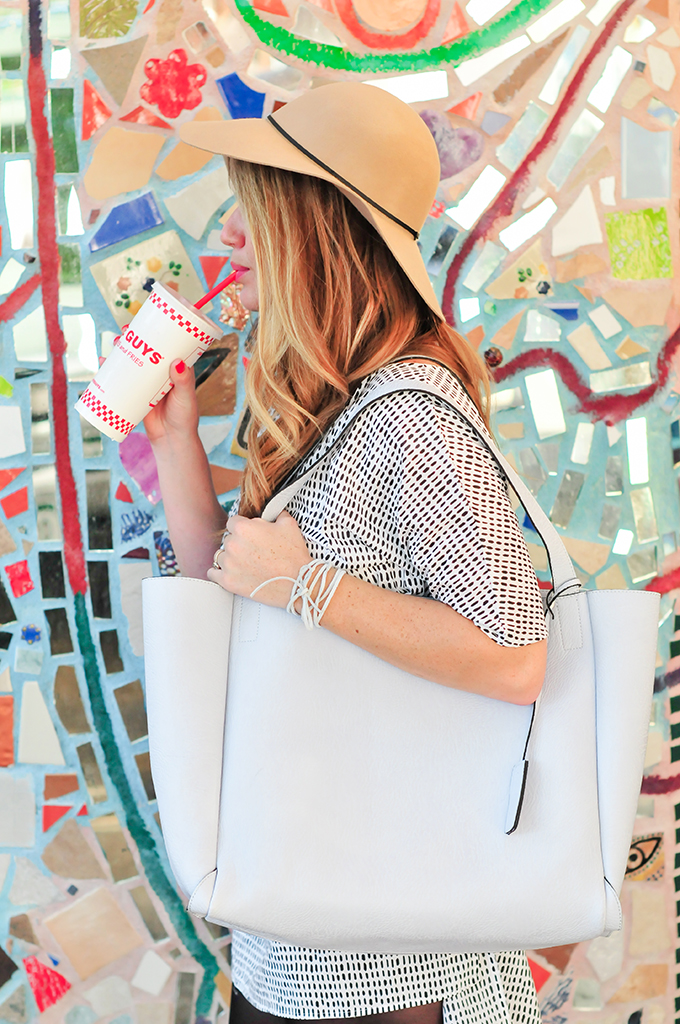 So listen. There are two things you need to know about me. 1. I like my soda. There are days/weeks/months where I don’t drink water…because why would I?! By now, you should know that I don’t like just ANY soda. It has to be specifically Diet Coke. The evidence is all over my Instagram feed. I mean, come on.  If we’re out to eat and you have anything other than coke products, I should probably apologize because I’m certain I gave you the look of death. I reserve that look only for times when there isn’t a Diet Coke within arm’s reach. And 2. After Vita came into our lives, I kind of forgot what it was like to actually dress up when leaving the house. I should apologize to you for that as well. So when Coca-Cola Freestyle asked if I would be interested in not only playing around with their touchscreen soda fountain machines (we’re talkin’ 100+ drink combos to choose from, guys!), but also coming up with a few mix & match looks inspired by the mix & match beverages I love, I of course said “H-E-double hockey sticks, yes”. I’m a mom now, guys. Gotta watch that language. 😉 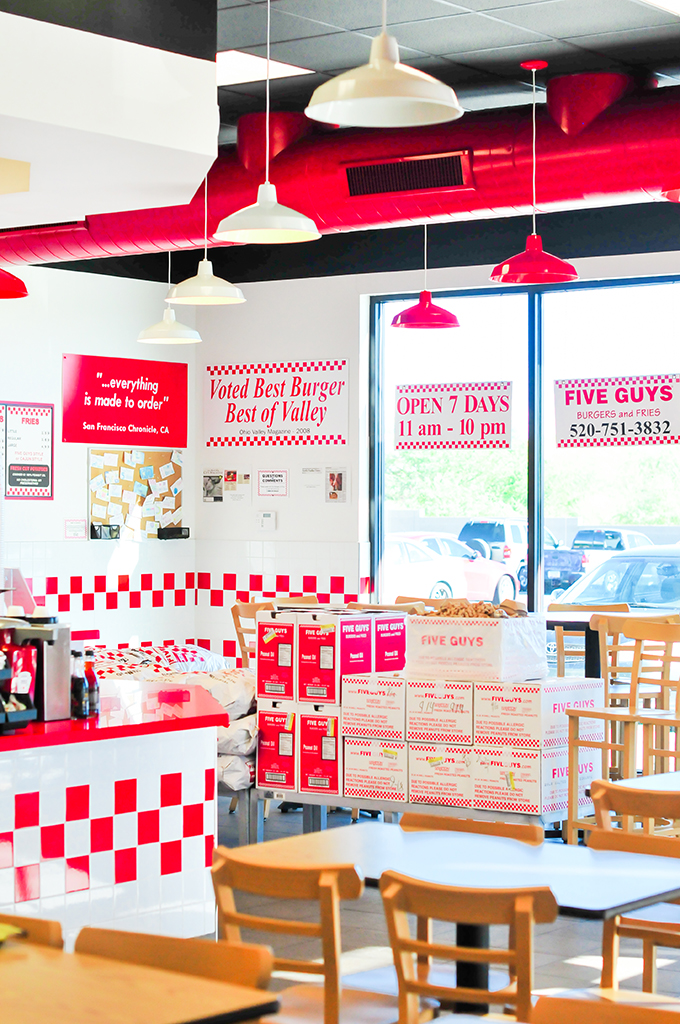 Maybe there’s a third thing you should know. I like my burgers. We’re a definite meat-eating family! The local Five Guys that we happen to frequent has a few machines at their shop. So we swung on by to play around and drink carbonated beverages to our hearts’ content! And also, the peanuts. 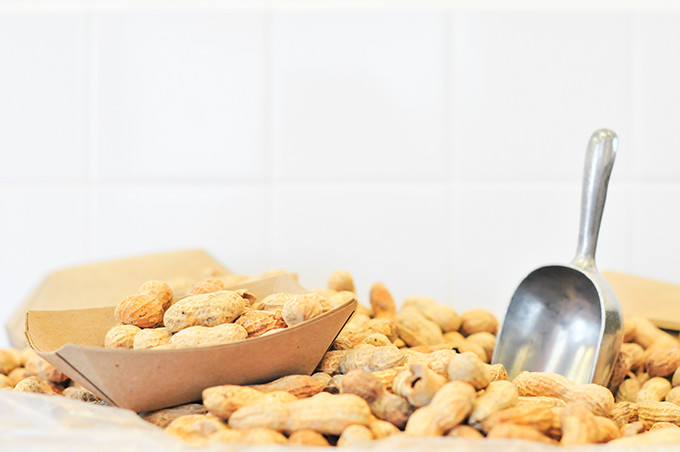 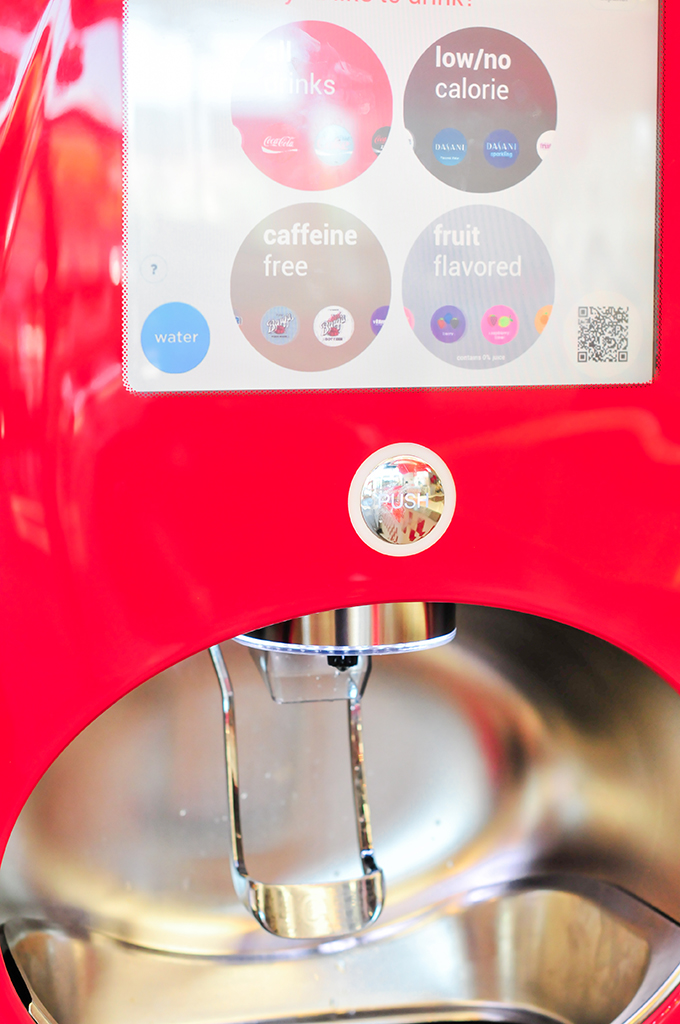 Logan and I made a game out of it and gave ourselves 10 cups each to try out whatever caught our fancy. The man was a little weak. I can totally hold my soda. After years of conditioning, nothing gets to me. 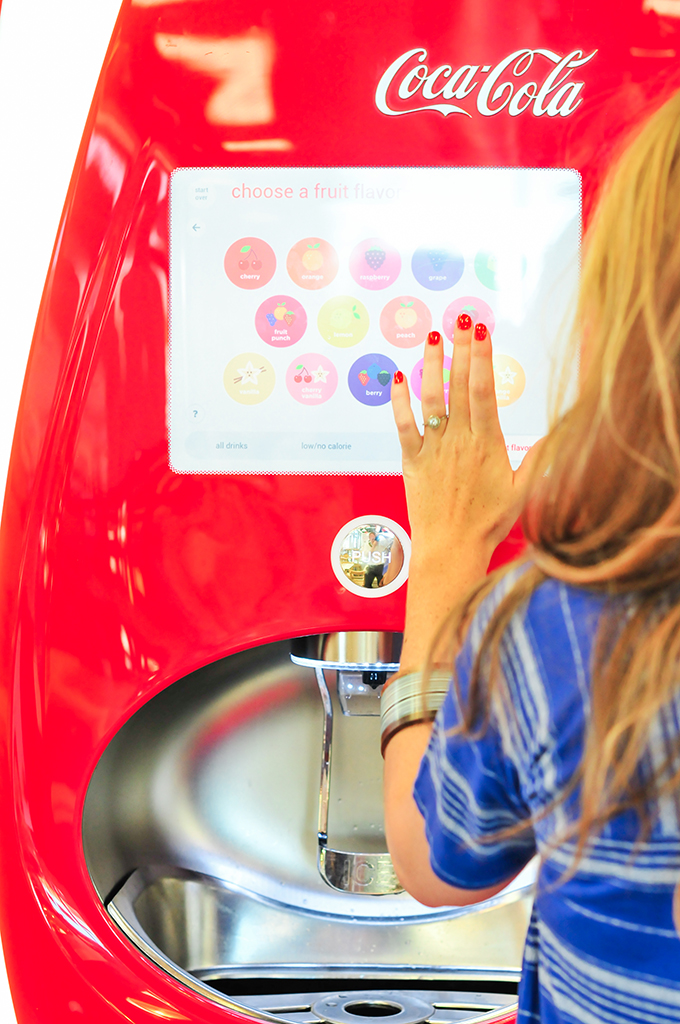 Have you seen these machines?!? It’s basically a large touch-screen with every Coca-Cola product you can think of and then some. You can do a splash of each in the cup if that’s what makes you happy! Do you remember when you were younger and you would run your cup under every flavor soda at the drink machines? And it was called “Suicide” because it was, like, the most dangerous and risky thing a 6th grader could do. This is like a grown-up version with 20 times the beverage choices! If only I could time-travel back to my middle school self and tell her that life gets better. 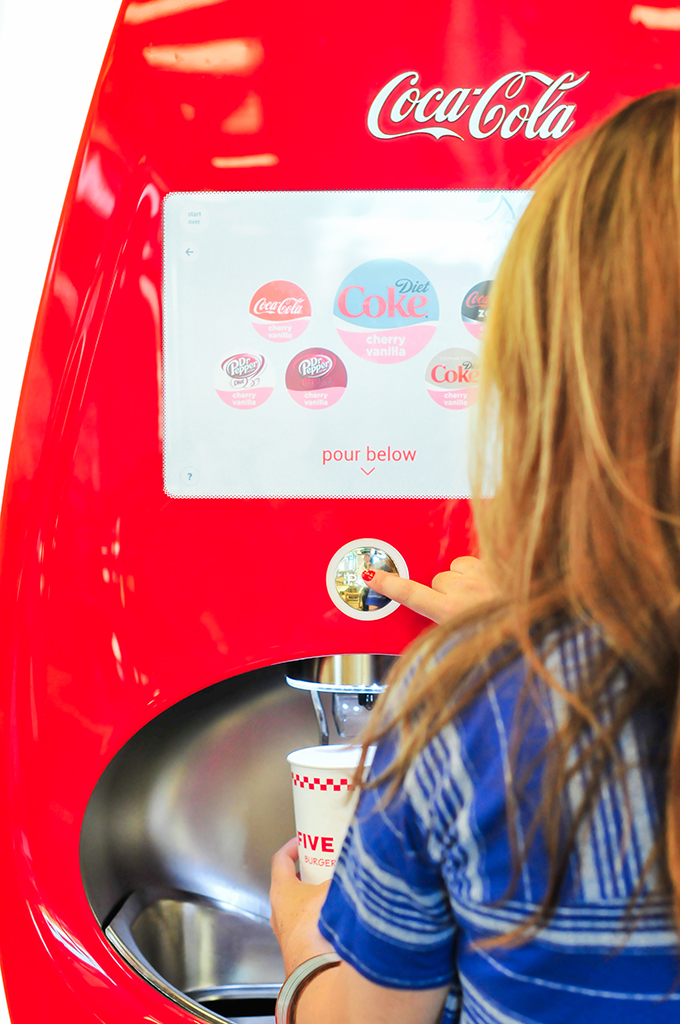 I’ve always claimed to be a Diet Coke purist. I never put anything in them except the occasional lemon or lime. But, I was more than happy to sip on some new favorite combos! After lots of drinking and back-and-forth decision-making,  I settled on my own custom combo of Minute Maid Strawberry Lemonade + a splash of Sprite + Glacéau Fruit Water in Fizzy Mixed Berry. It’s still hot here in Tucson, so this was a definite thirst-quencher! Plus, the Glacéau is ultra-fancy. So there’s that. 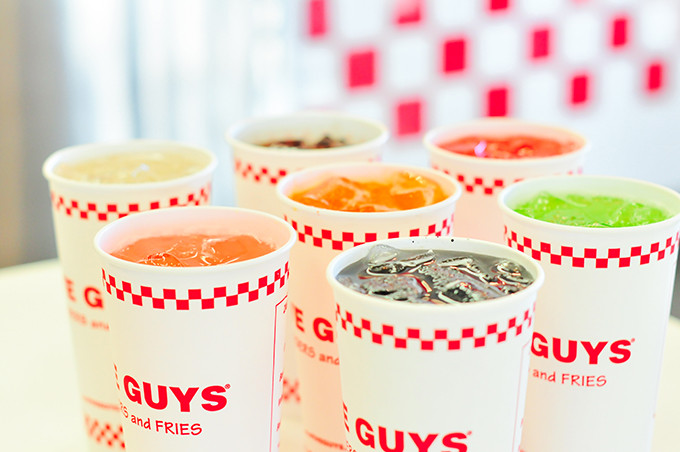 Just a snippet of the cups at our table. There are tons of these machines around the country – pop over to here to find one near you! 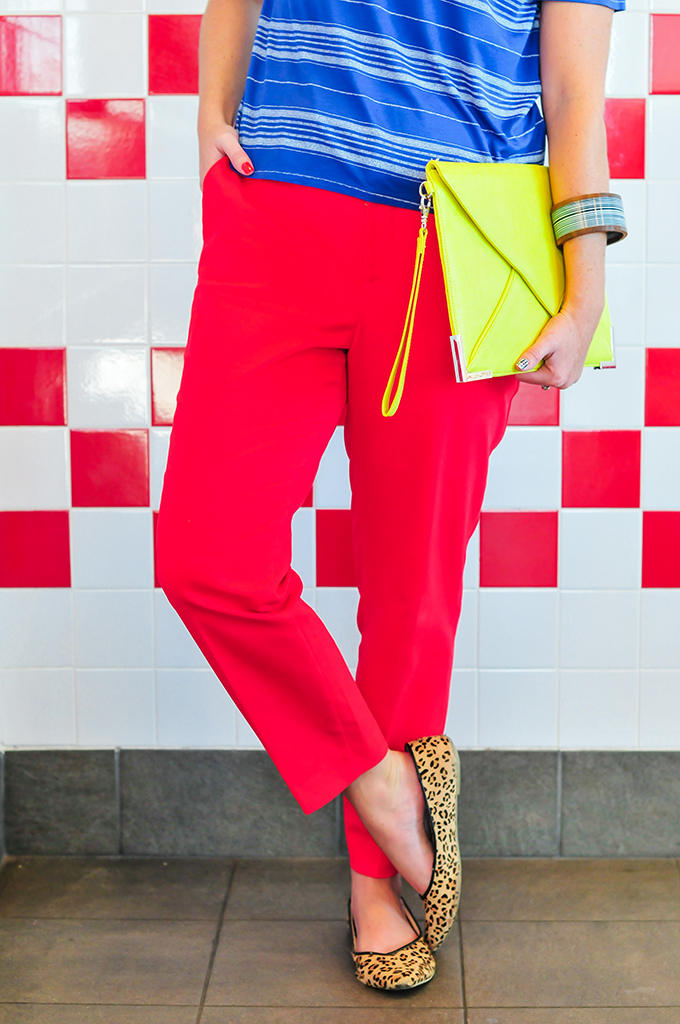 A colorful look inspired by a new treat!  Mixing some bold colors with the risque leopard flats. Because I’m dangerous. A dangerous-grown-up-6th-grader-at-heart. 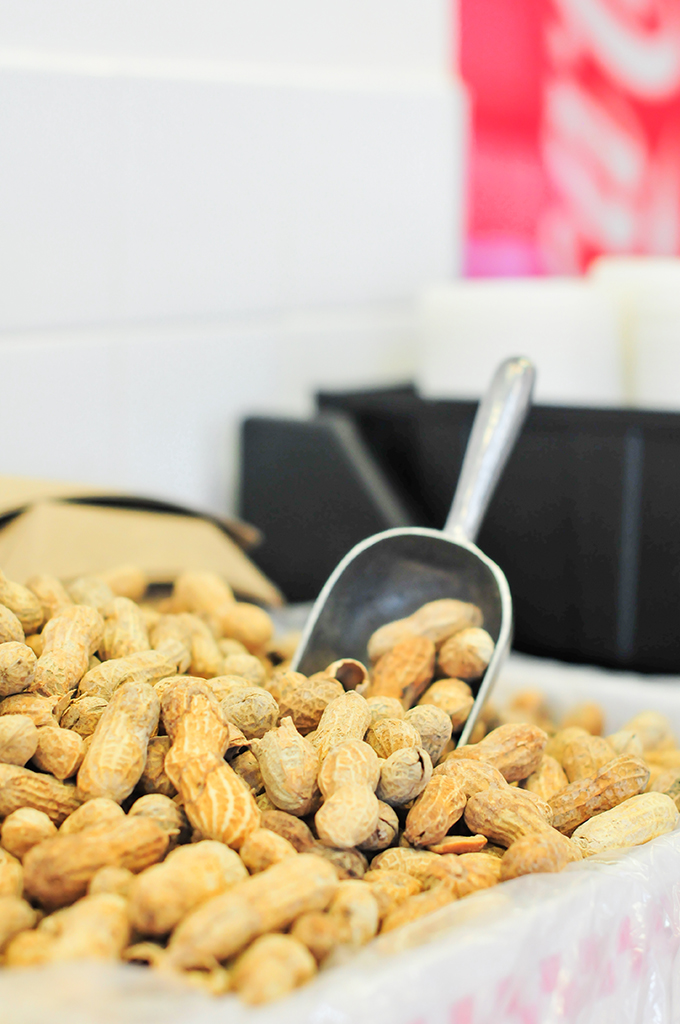 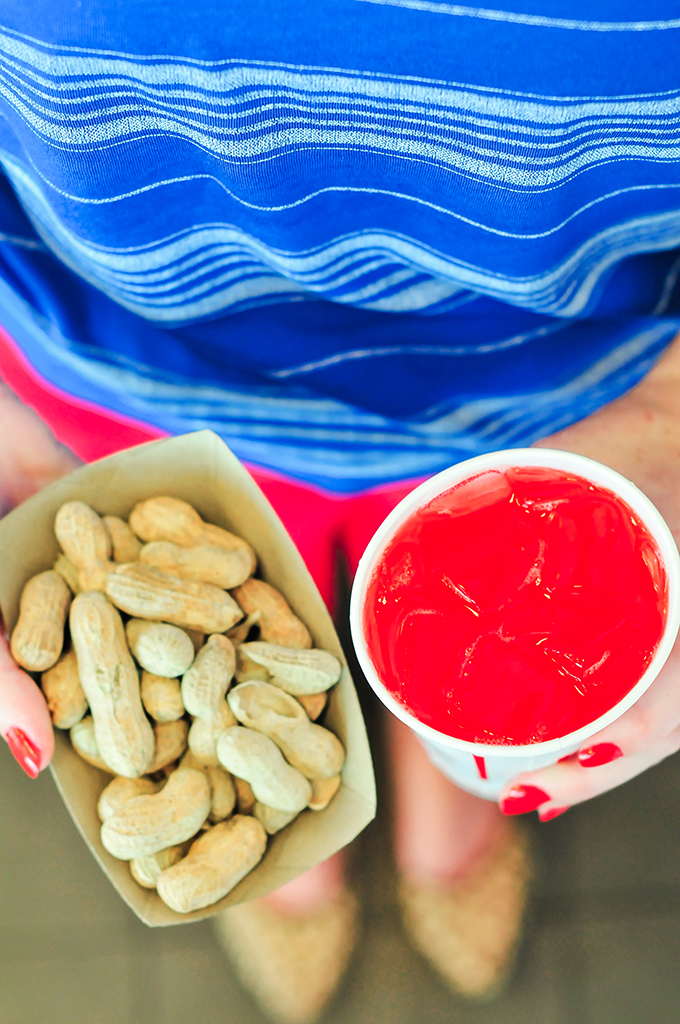 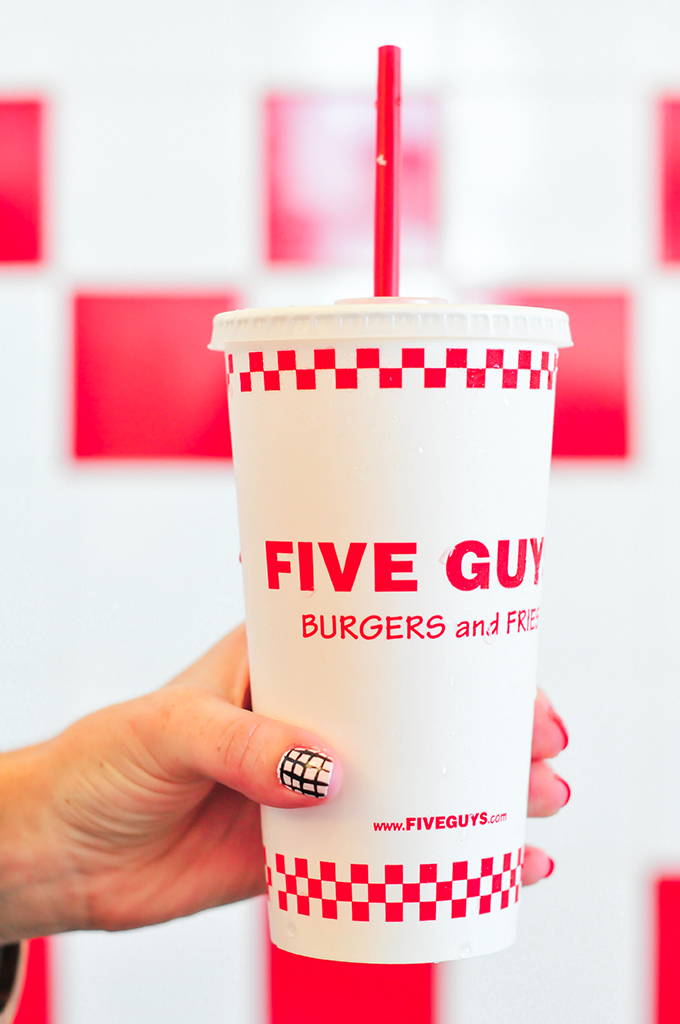 Cute nails can’t hurt! I broke up an all red mani by painting a black and white grid on my thumb. Very Coca-Cola Freestyle, yes? 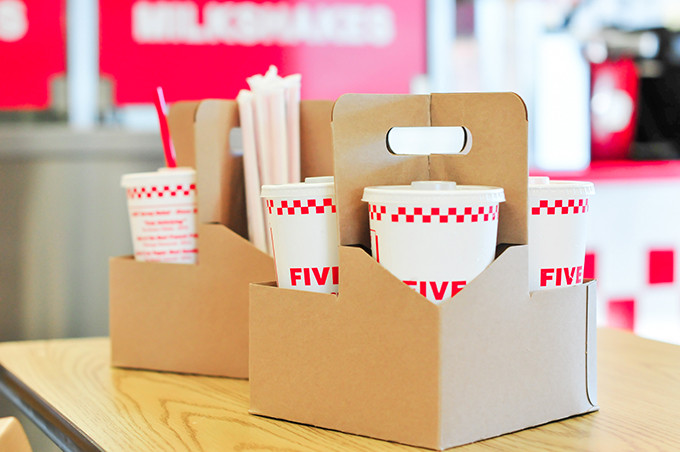 We took drink orders from some pals and decided to drive around town delivering sweets like the drink fairy! 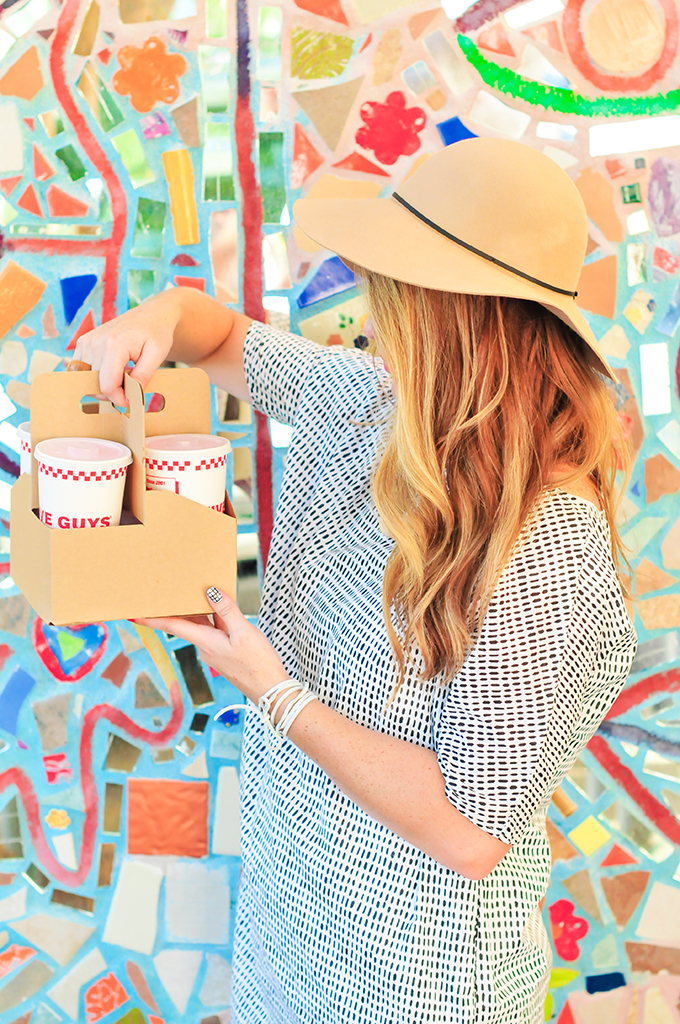 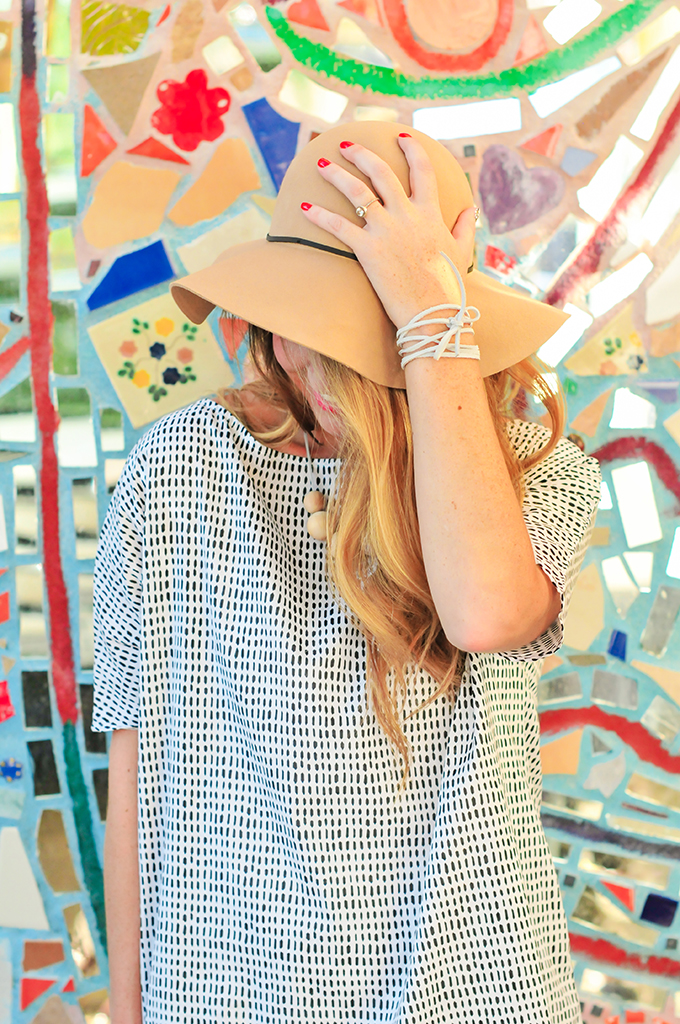 This is me being all “let me show you my second look! Oh wait, I’m usually behind the camera.” 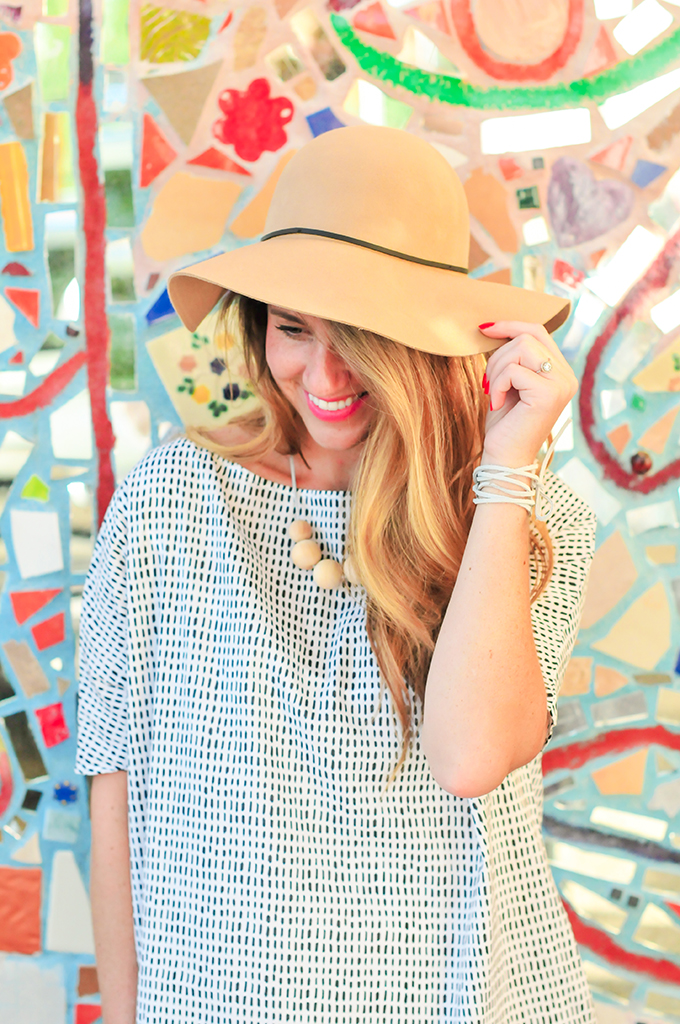 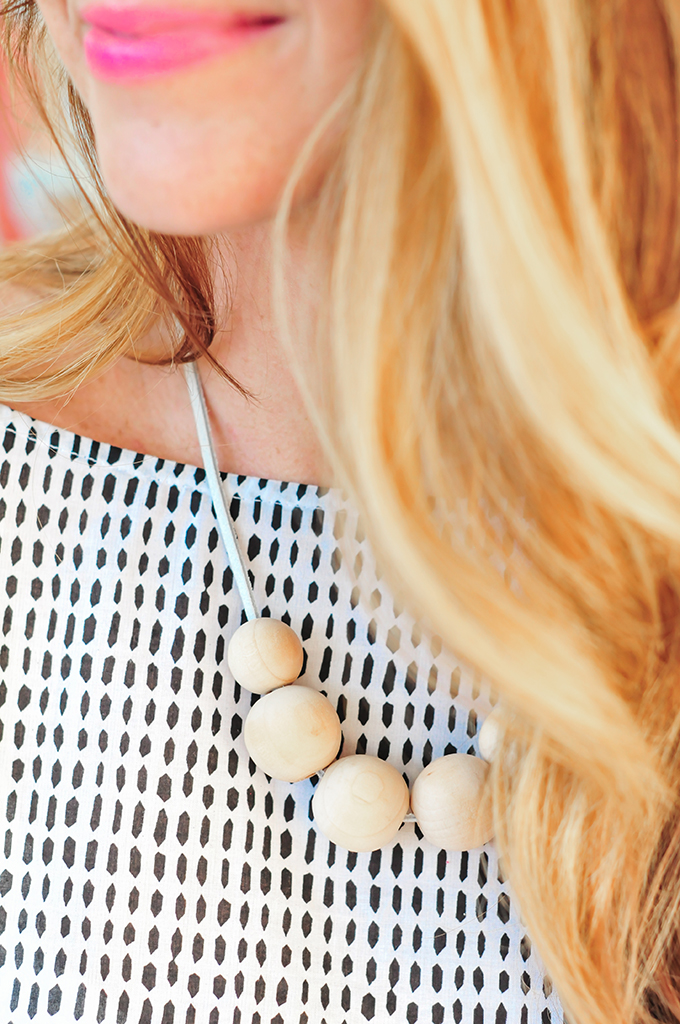 I had to give this DIY wood bead necklace a spin. The icy-blue suede is too awesome to not be shown off. 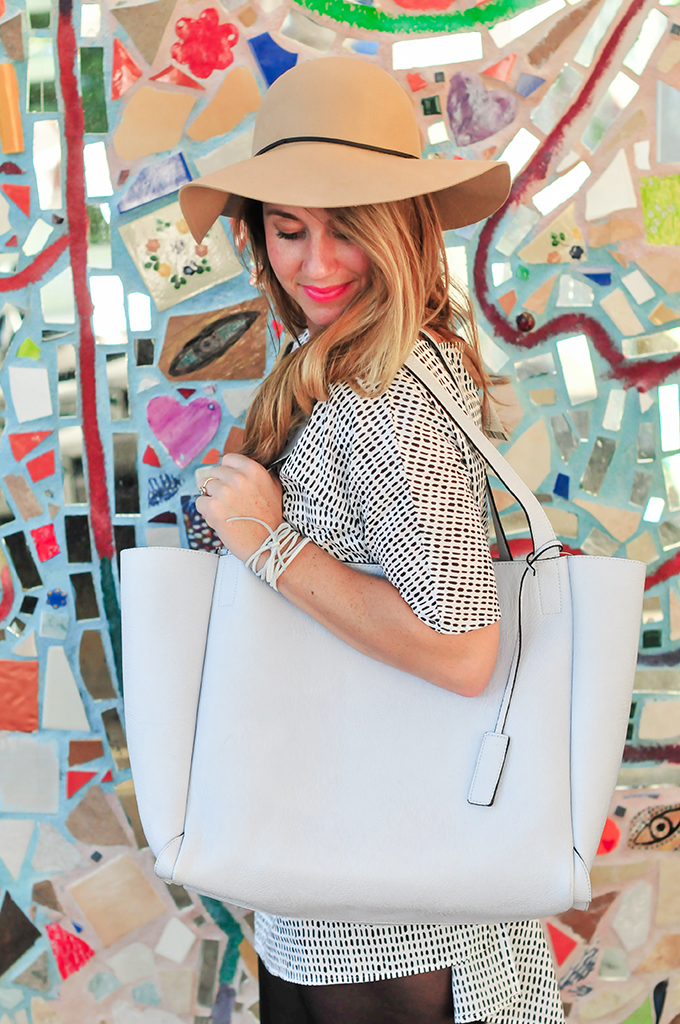 This second look was inspired by a Coca-Cola Freestyle mix of Diet Coke Vanilla + Fanta Zero Grape. Guys, the grape. It is not just for kids or medicine. I have loved grape all summer for some reason! And that combined with vanilla is just soooo adult it kills me. It could also be the color. I’m a sucker for anything in a shade of purple. 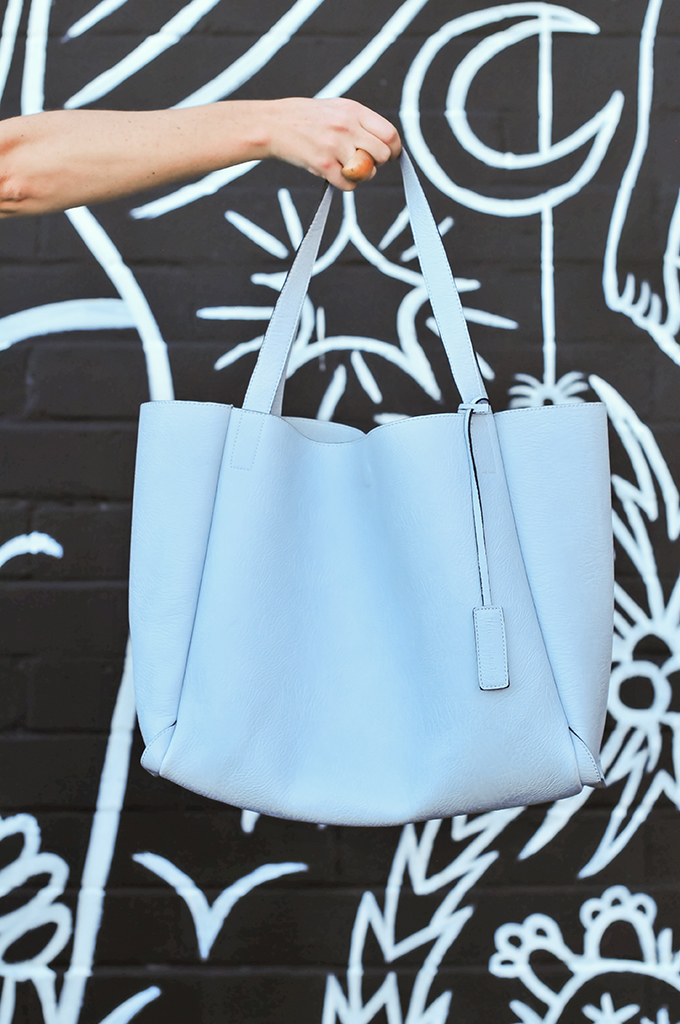 The lavender bag is carrying everything for me these days. I could fit my already huge diaper bag inside. And most days, I do. 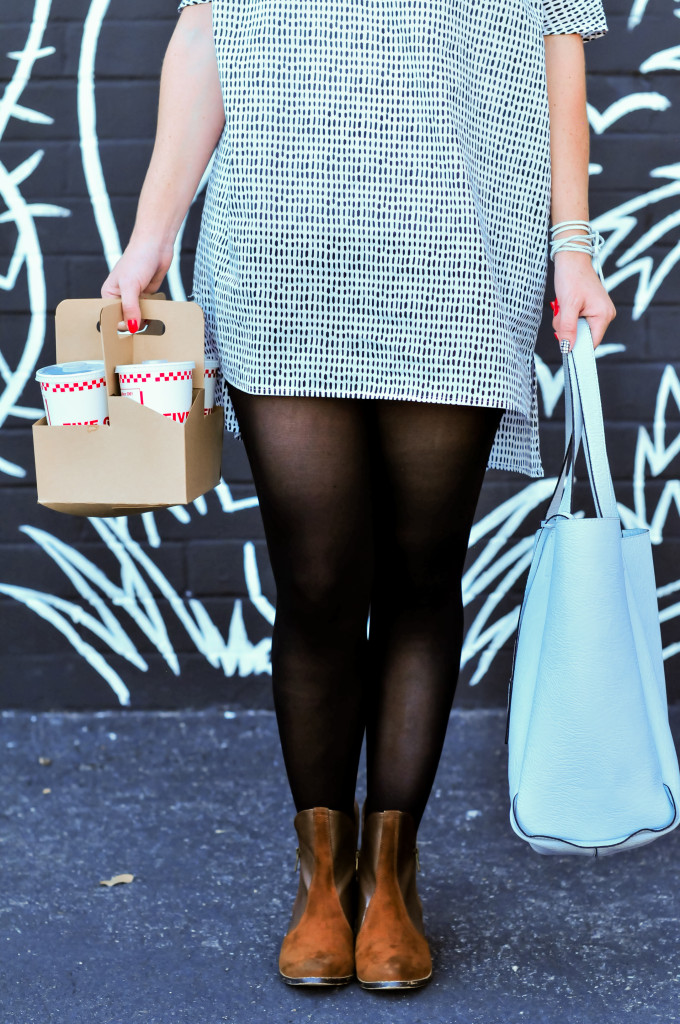 Hi, I’m just off to deliver beverages to the masses! Did any of these looks catch your fancy? It was probably the lavender bag. It does that to people. I’d love to hear your soda story. I know you have one. And because I know you are DYING to hear what Logan drank — after pleading with him to give up his Pibb ways (he’s such a dude. And isn’t Pibb a dude’s drink?), he hopped on the Mello Yello train. Mello Yello + Powerade Fruit Punch! “The Powerade makes it healthy” – Husband

**This post is in partnership with Coca-Cola Freestyle, a brand whose mission is in line with my life goal of drinking soda forever. Thank you for supporting the brands and sponsors that help PROPER keep creating! 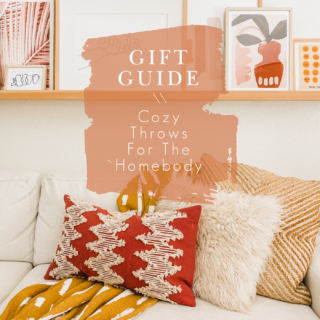 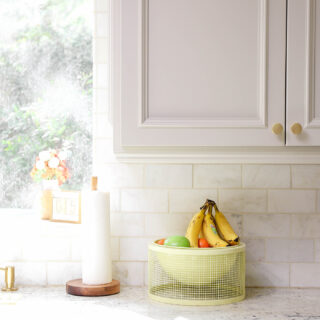 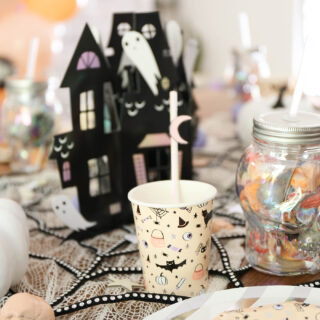 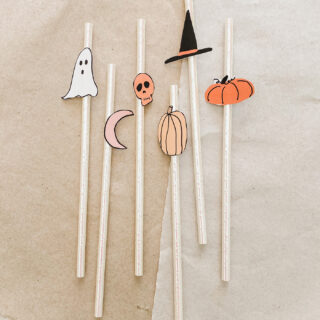 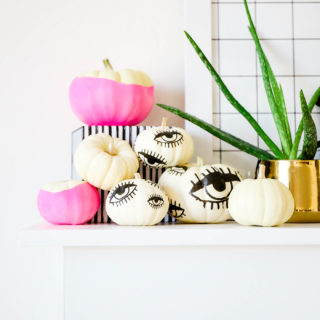 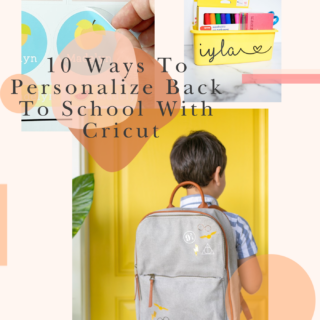